Since 1967, the South End Historical Society has run a annual self-guided, walking House Tour of private homes and public spaces in this historic Boston neighborhood. Dating back to 1830, the South End is the largest Victorian Brick Row-House District in the United States.

Always held the third Saturday in October, this year’s South End House Tour is October 20th, from 10am to 5pm. Your ticket gains you entrance to the homes — their addresses are not revealed until tour day and photo-taking inside the homes is prohibited. You also get a guide book, describing the homes and mapping out the tour route — typically five to six homes and three public spaces — allowing you to complete the tour at your own pace.

Last year’s tour included a stop at Harriet Tubman Park, which features two statues. Step on Board, a nine-foot statue, honors Harriet Tubman, an escaped slave who later helped free enslaved people using the Underground Railroad. The Spirit of Emancipation, shown below, focuses on the spirit and will of liberated slaves, depicting a sculpted man and two women emerging from the Tree of Knowledge. 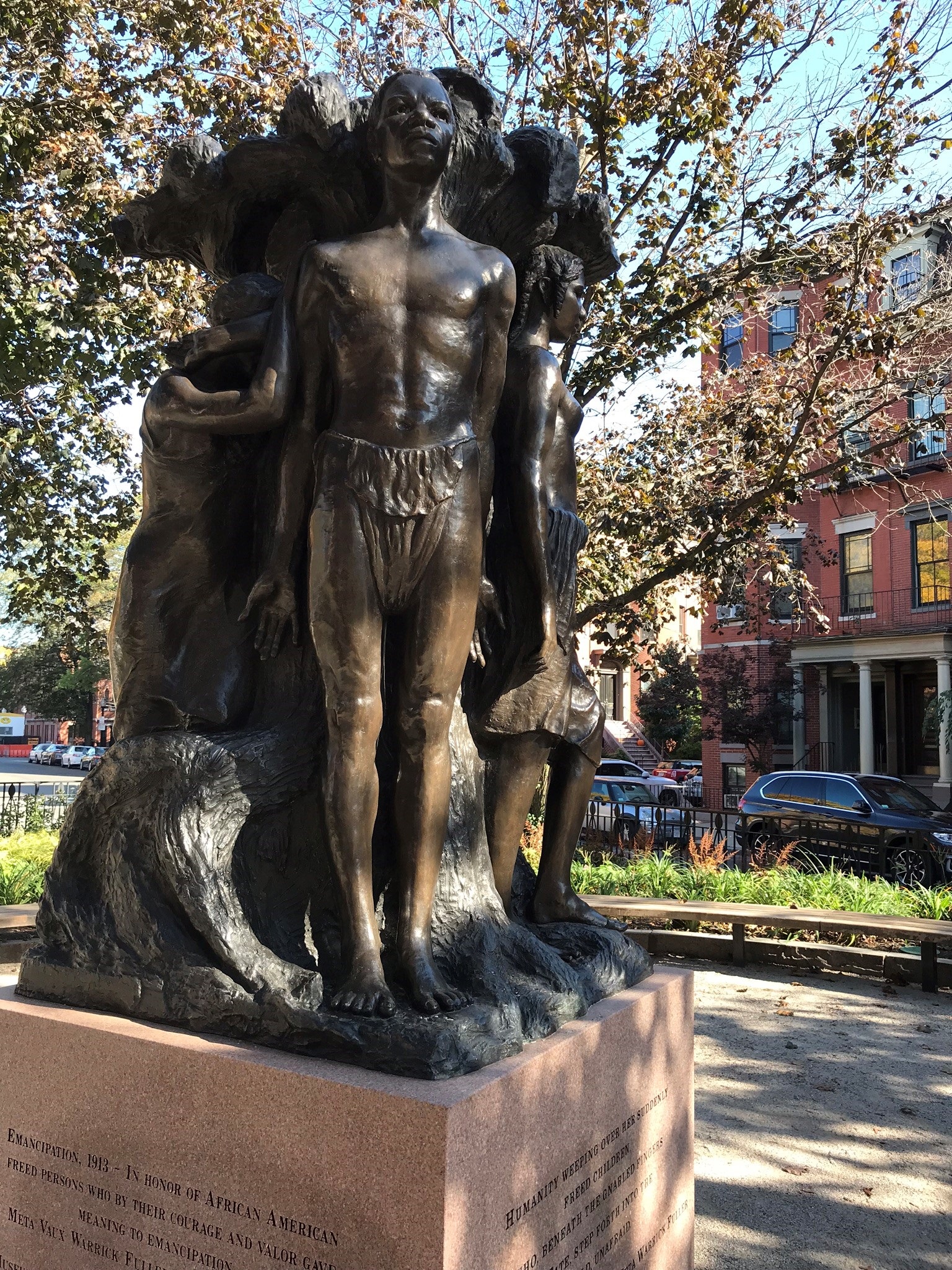 This site uses cookies and related technologies for site operation, analytics, and for a better understanding of how you and other visitors used our site. By continuing to use our website, you agree to our use of such cookies.AcceptPrivacy policy